Back to Projects Support Our Work

For the benefit of people and bears and with the challenges in mind, Coast to Cascades is working with a variety of stakeholders to implement consistent signage at trailheads to popular hiking and/or biking trails where people could come into contact with grizzly bears. The signage is intended to be appropriate for both bear species by focusing on being trail smart while on trails, but also includes information to help with the identification of species, encourages reporting of relatively rare sightings of grizzlies and advocate for the carrying of non-lethal bear spray.

Eight trailhead sites have been identified in the Whistler Landscape Unit or nearby areas heavily used by Whistler residents and visitors for hiking, biking or other outdoor activities. This request forms part of a larger project whereby we have identified over 25 sites for signage installation throughout the Sea-to-Sky corridor.

From outreach undertaken at events and farmers markets throughout the corridor we find upon finding out more about local grizzlies the general public is often:

AWARE is a member of the Coast to Cascades Grizzly Bear Initiative and as part of this work will be working with the COASTtoCASCADES team.

The Coast to Cascades Grizzly Bear Initiative works to protect and recover threatened grizzly bears and safeguard their habitat in southwest British Columbia through science-based planning and community involvement. COASTtoCASCADES is made up of a coalition of local, regional and First Nation groups united by a vision of thriving human communities and healthy, connected wildlife habitat.

The long-term goal of the Coast to Cascades Grizzly Bear Initiative is for grizzly bear stewardship in southwest BC to be successful to the extent grizzly bears are recovered to levels whereby their ‘threatened’ population status is removed.

The short term changes that we would like to see are that:

People on this project 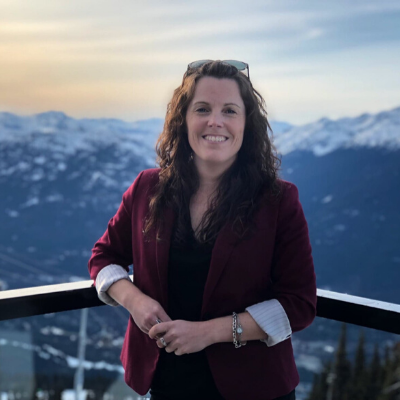 Originally from the UK, Claire followed a Masters in Environment and Business by working with small and medium sized businesses to reduce environmental impacts through improved processes, training and creating cultural shifts. Upon moving to Canada in 2006, she joined Whistler’s environmental charity, AWARE and switched focus to the natural environment and habitat protection. In 2013, She became AWARE’s Executive Director and is well networked in the Sea to Sky Region. Familiar with working with different stakeholder groups and vested interests, Claire believes in finding the common ground amongst stakeholders as a path to moving forwards. On her days off Claire can be found outside with her rescue dog Sula (which translates to ‘Little Bear By The Water’).