In July 2016, Tracey Saxby, co-founder of My Sea to Sky, spoke at AWARE’s Green Talk exploring what the future might hold for Howe Sound. The discussion was held at the Whistler Museum and brought forth some of the major issues and concerns that Sea to Sky residents have regarding the Woodfibre LNG project. This photo captured by a local researcher demonstrates that there are Herring spawning closer than 2km to the Woodfibre plant.

Howe sound is in recovery from decades of damage left behind by previous industries. Over $45Million in tax dollars was required in order to clean up after previous industries in the Howe Sound corridor including the Woodfibre pulp mill and Britannia mining. It is due to this coastal renaissance that we have seen the return of herring, dolphins and orca whales.

Not only has the wildlife we haven’t seen in years been returning, new places to explore have also been created to allow us to immerse ourselves in the heart of Howe Sound. One of the newest additions is the Marine Trail that Bob Turner explored with his brother Tim Turner. Their video Howe Sound – Vancouver’s Wild Neighbourhood (featured below)takes you on the journey of the Marine Trail and showcases the habitats that would be jeopardized by industrial development of the sound.

A report released by the David Suzuki Foundation in 2015 estimates that Howe Sound provides up to $4.7B in natural services every year. These natural services include stabilizing our climate, protecting communities from natural disasters and offering places for recreation and spending time in nature.

“Howe Sound supports an incredible wealth of natural services we need for our health, economy, and culture, yet we don’t recognize those services in our planning decisions.” 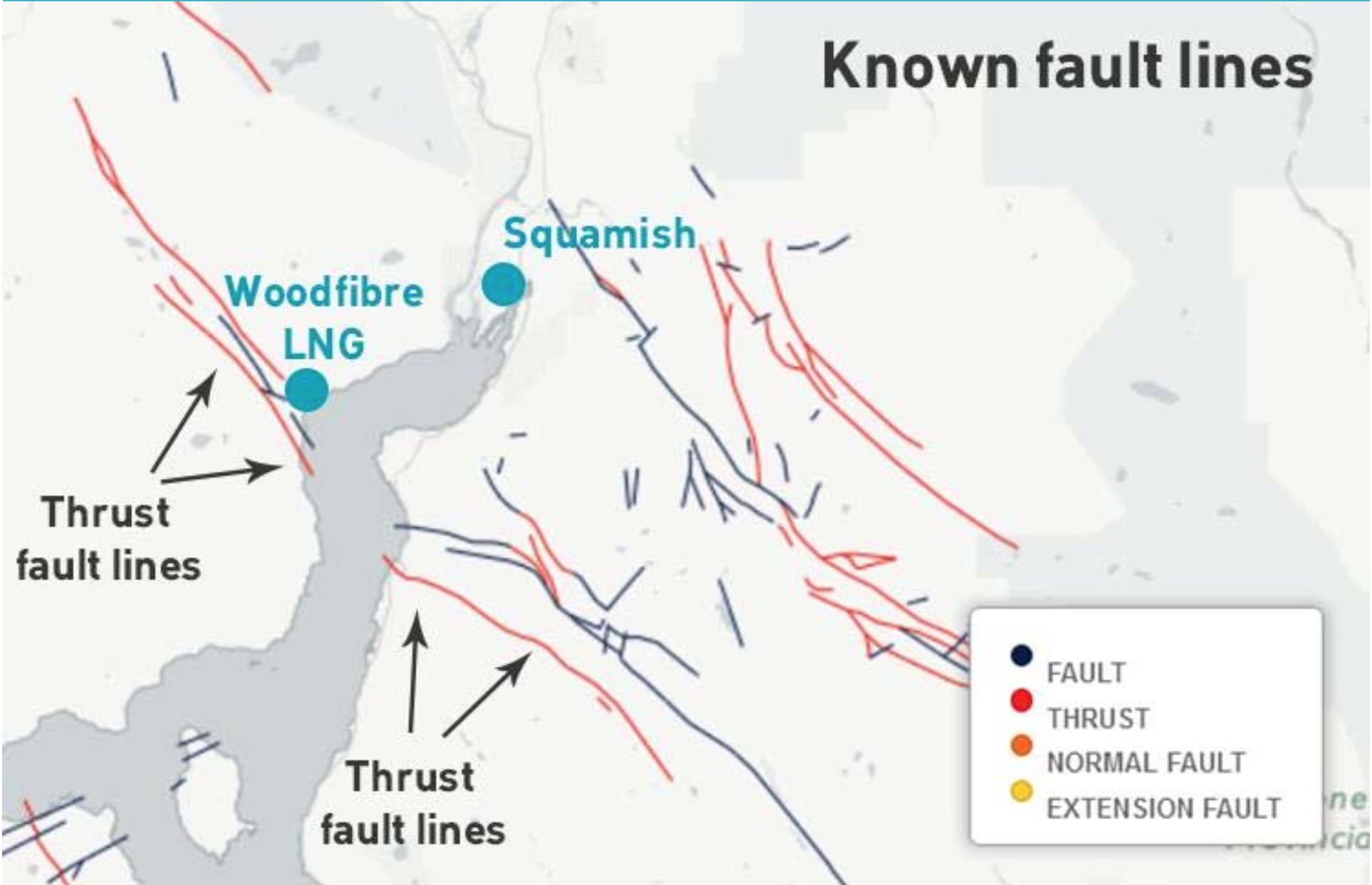 Image from Tracey Saxby’s presentation showing the known fault lines in the area proposed for the Woodfibre plant.

LNG is Liquefied Natural Gas that has been cooled to -162°C. It is fracked methane and
when evaluated across the full production process is considered to be the most potent greenhouse gas. There are proposals to allow for an LNG plant on the old Woodfibre pulp mill site. The proposed site will have Woodfibre LNG  located on two known fault lines in an area with a history of landslides. Not only are geographic factors to be considered, but also the emissions caused.

The air pollution caused by Woodfibre will be equivalent to adding 18,256 cars commuting the sea to sky daily.Ecologically, there are many herring spawning areas right near where the LNG site will be located that form the foundation of a food chain for the incredible wildlife that has recently been returning. Safety concerns are also apparent to the Howe Sound communities with Saxby highlighting that the government and industries are putting wealth before health.

What can YOU do?

So far, Political pressure has resulted in: 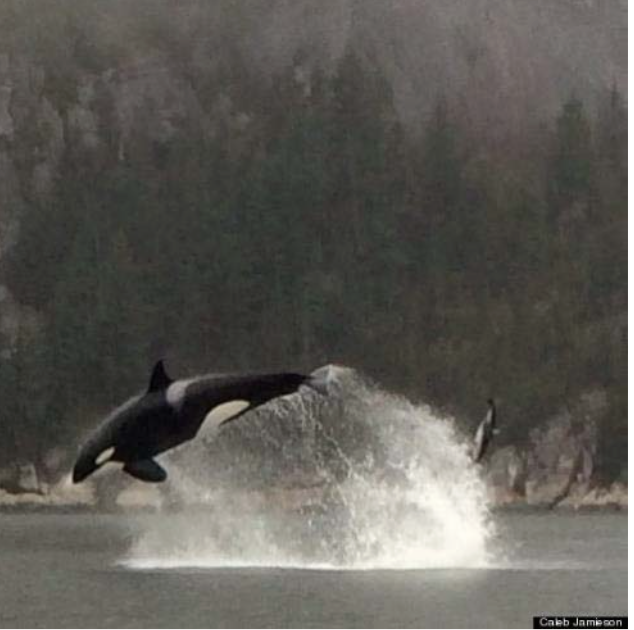 My Sea To Sky’s current campaigns include: Stopping Woodfibre LNG with a focus on protecting fisheries and for their lack of safety regulations, stopping the FortisBC compressor station and protecting Howe Sound. There are many ways that individuals can continue to help protect Howe Sound with the Environmental Assessment having been approved: